When one first hears of Benton Lee’s Steakhouse, one cannot help but wonder if the tales of the grand portions are merely southern folklore worthy of Paul Bunyan and Babe the Blue Ox… One visit, one order, one taste… as your first bite of the legendary steaks melts in your mouth – so will any doubts. 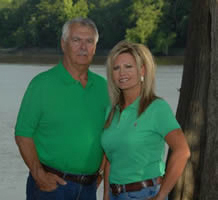 As some may have found out in November 2006, the Restaurant burned down. In January of 2007, the name and reputation were bought by Vickey M. Horton and Wayne T. Horton who’s desire is to keep with the traditions of the old Benton Lee’s Steakhouse. Monday, November 12th, 2007, Benton Lee’s Steakhouse reopened its doors to the southern folklore of big steaks and big plates. 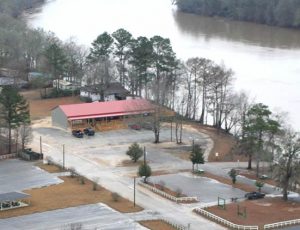 Benton Lee’s Steakhouse now has a new facelift as you can see in the above banner. The new owners have given us back the deck with an awesome view of the Altamaha River, along with a greater emphasis on being a family restaurant, by providing our kids with games to help entertain them while the parents finish their dinners.

So with all the old and new things at Benton Lee’s Steakhouse, mosey on over to Benton Lee’s Famous Steakhouse… just follow your nose.. and bring the folks (family and friends) for mouth-watering steaks, chicken fingers and all the side orders Benton Lee’s patrons have grown to love.